RancherMan loves crispy dehydrated apple slices topped with cinnamon sugar. I dry them in the dehydrator and then a quick stint in the oven to make them crisp. Check it out! 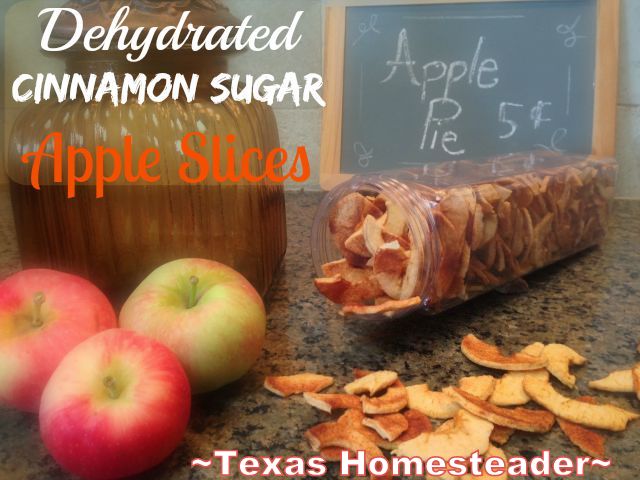 Today I’m continuing on with my series on Preserving Fresh Apples.  My aunt shared many bushels of apples from her tree this year and I’m making sure to get them all preserved. I certainly don’t want that apple deliciousness to go to waste! 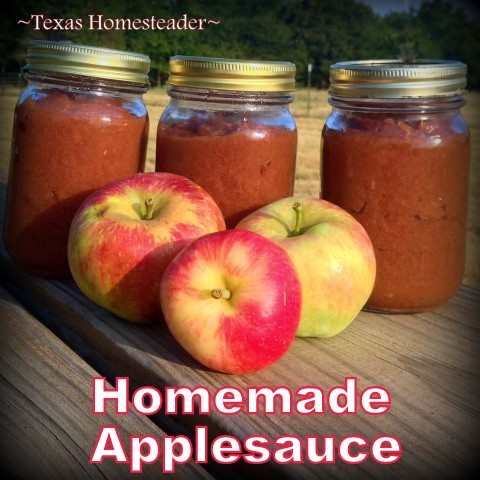 But one of RancherMan’s favorite ways to enjoy these apples is for me to sprinkle apple slices with with cinnamon & sugar and dehydrate them into sweet apple chips.

When he discovered these cinnamon/sugar apple chips when we visited my aunt.

She told me she simply used this handy *apple corer/slicer/peeler, sprinkled the apple slices with cinnamon and sugar and put them on a tray in her oven set to 200 degrees for about 9 hours to dry and crisp them. 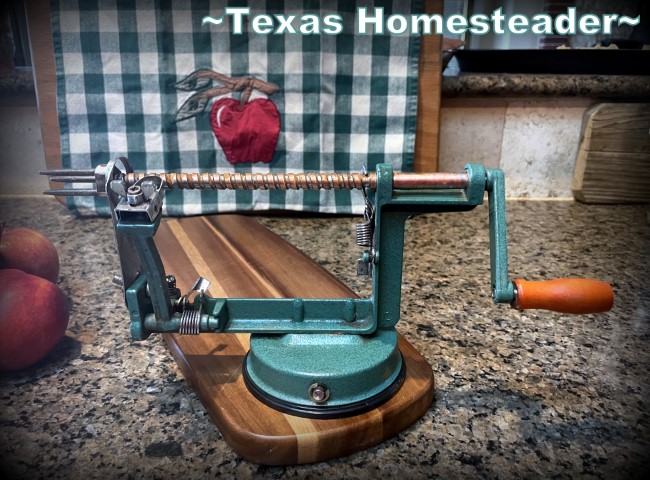 It seems she told me she cracked the oven door open during their drying.

But I just couldn’t stand the thought of having my oven turned on for that length of time pumping heat into the house during the hot & humid dog days of our NE Texas summer.

Deciding To Use Dehydrator For Apple Chips

So I thought I’d try to dehydrate them in my *Excalibur dehydrator instead. I can set that bad boy outside and have the drying heat stay outside where it belongs!

So RancherMan & I hit the kitchen slicing/peeling and coring apples using this amazing peeler that has a suction cup to secure it to our counter.

I’m not gonna lie – I’m in love with this thing! We can peel/slice and core an apple in seconds! 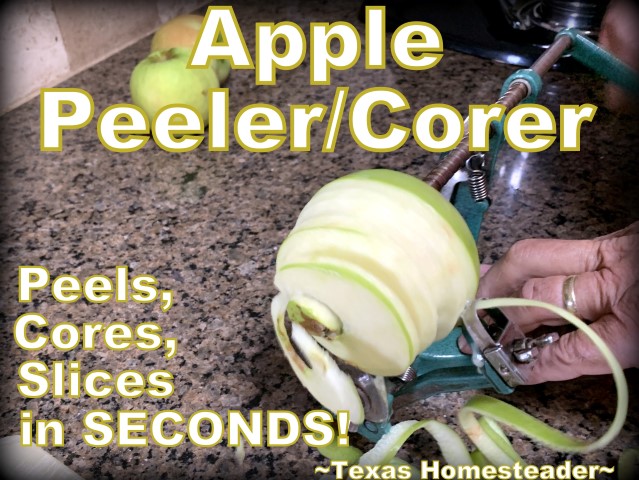 When my aunt made hers she left the apple rings whole. But I liked the thought of half rings better so I cut all my slices in half.

I placed my dehydrator trays on a metal rack with newspaper beneath it. That way when I sprinkled the slices with cinnamon and sugar I could capture and reuse all the sugar/cinnamon mixture that would have otherwise fallen through the trays and been wasted.

I just brought up the edges of the newspaper so the cinnamon and sugar would slide to the middle of the paper. Then I poured it all back into my shaker bottle. EASY!

Once my apple slices were sprinkled with the cinnamon sugar mixture I placed the dehydrator on a small table on our back porch and loaded the trays into it.

The temperature dial was set to the highest setting available – 155 degrees. I rotated the trays after a couple of hours to help the apple slices to dry evenly. 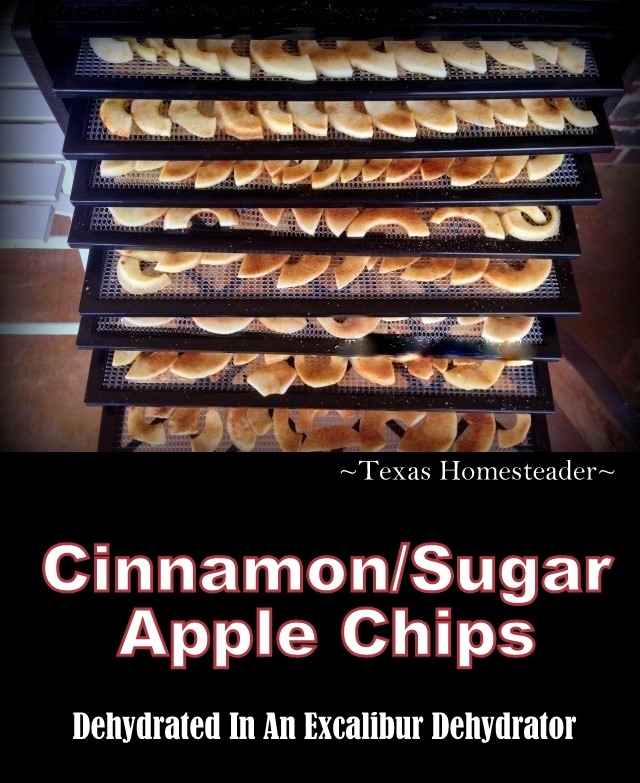 The trays of apples dehydrated in about 14 hours. But although the apple chips were completely dry they weren’t crunchy like my aunt’s were.

I guess my dehydrator just didn’t get hot enough to actually crisp them.  Hummm, what to do….

I moved the dehydrated slices to a couple of large baking trays and placed them in my oven. I turned on the oven for only about 2 minutes to get the oven good & hot.

Then I turned the oven off again. I left the trays in the oven just soaking up that drying heat until the oven cooled completely. When they were cool I tested them for crispiness- success!

Dehydrated Apple Chips Are A Hit!

RancherMan says these little apple chips are fully addictive. He loves to grab a handful to snack on during the day. I must agree with him, they ARE addictive, deliciously crunchy and sweet!

And now that they’re dehydrated they take up very little space and no additional energy to store. I just placed them all into airtight containers on my pantry shelf.

But I won’t be able to tell you how long these crispy cinnamon/sugar apple chips will store because my handsome RancherMan is eating them up quick!

But I guess that’s what you hope for when you preserve the harvest… that the fruits of your labor will be eaten and enjoyed. Now that makes my heart happy!