When we purchased this property we were told there was a home that was once located near the front that had burned down in the late 50’s or early 60’s. The story was that it was struck by lightening and had burned to the ground. The only thing that remained standing was the brick fireplace.

The burned-out house had laid in rubble for years, even decades. When the previous owner put the property up for sale he attempted to spruce it up a bit by having a bulldozer bury the old bricks and residual rubble, but it was still quite cluttered.

Of course when I first laid eyes on this piece of paradise I couldn’t get much further than that 1880’s barn. Even though both the barn and the property were in pretty rough shape I was fully enamored with it and we could see this was where our future lies.

RancherMan and I both stumbled over ourselves to get to the realtor’s office to purchase this beautiful property. And in 2000 we called it our own. 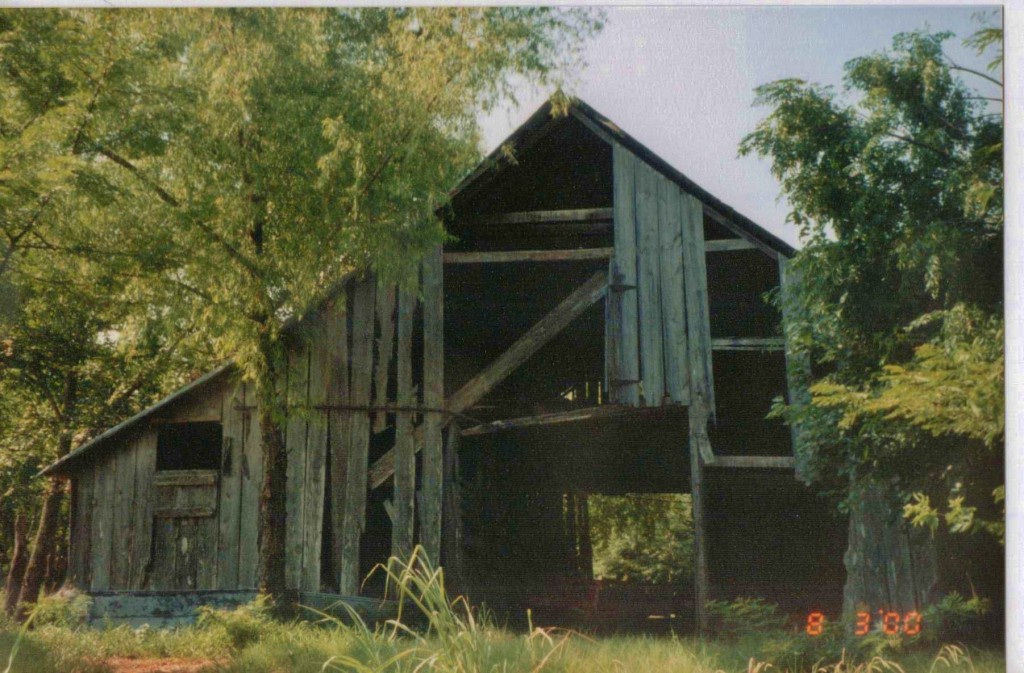 We built our home here several years later & have utilized one of the old homestead features by diverting rainwater from our home’s roof to the deep underground cistern, now used for garden irrigation. (You can see the cistern here )

We have renovated the exterior of the barn and use it still for our ranching operations today.  (You can see a post about my beloved barn here.)

But curiosity got to us and we purchased a metal detector last year just to see what evidence we could find of this past homestead. I find that I’m fascinated about the family that used to call this property their home. Who were they? What were they like?

I try to imagine what a day in the lives of this family might have been like back then. I get a tiny peek with finds from our metal detector. 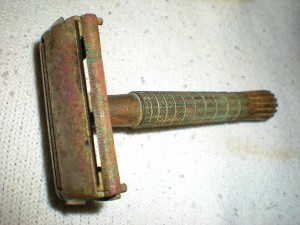 Research says this is a 1957 Gillette Super Speed Flair-tip razor. 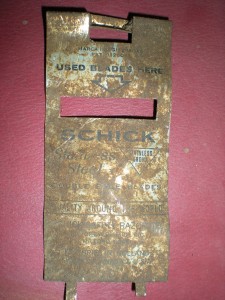 The Schick blade box cover to go with the Gillette razor 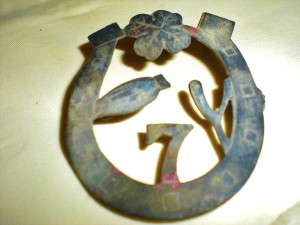 Some kind of lucky charm – 4-leaf clover, #7, wishbone and horseshoe 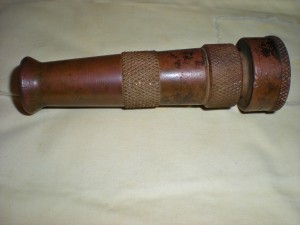 We found several large & very heavy brass hose nozzles.  These were cleaned up and with a new washer they are now being used again! 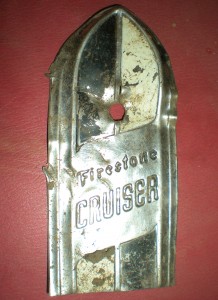 Firestone Cruiser plate from a bicycle made in the 50’s 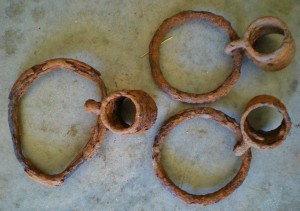 These appear to be old horse ties based on my research.

We’ve found many other things, from frying pans to outdoor faucets, tractor parts and appliance knobs. We’ve found old door knobs, cast-iron stove parts, tools, buttons and parts of a child’s toy among many other items.

It’s fun to play a small part of a story that this family was writing so long ago!

See ALL Our Barn Posts

25 thoughts on “Evidence of A Past Homestead”