We love dill pickles but I’ve never been happy making my own brine. I’ve found the secret weapon – a SUPER EASY brine. Making homemade pickles has never been THIS easy! Check it out. 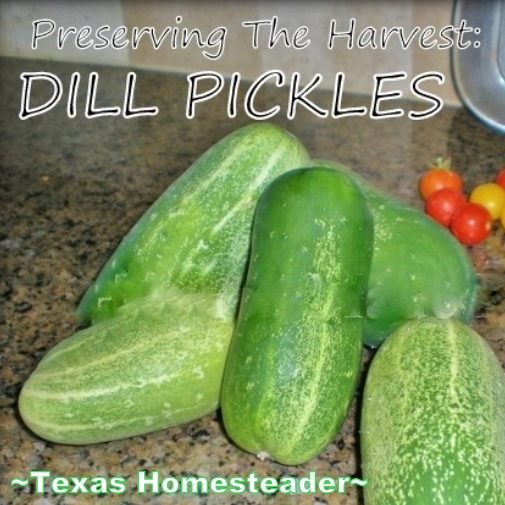 Recently I was given a handful of cucumbers from the veggie garden of a sweet friend.

RancherMan won’t eat cucumbers any other way but pickled. And a girl can only eat so many raw cucumbers. So instead I set out to preserve them.

I use dill pickles often in deviled eggs, making pickle relish and in other dishes but especially in  my homemade ham salad, 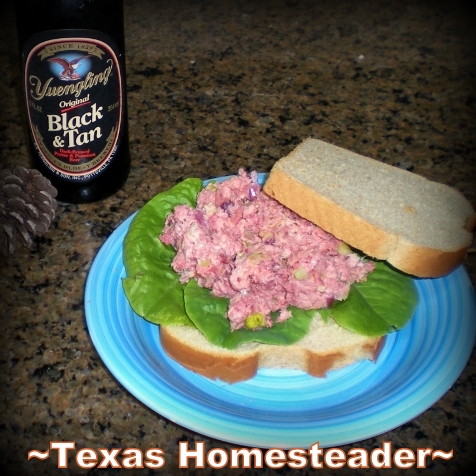 So the decision as to what to do with these cucumbers was easy for me – make DILL PICKLES!

Now I’ve made pickles completely from scratch on a few occasions. But I’ve never been pleased with the results.

The finished pickles were often soft, even when using special pickling cucumber varieties. And the brine (no matter what recipe I used) was always too strong or with not enough herb flavor for my tastes.

But one day I happened to be visiting a family member who had grown & pickled  cucumbers from his garden. He offered a taste of his finished pickles and I loved them!

I asked what his secret was and he whispered “Mrs. Wages“.

I had never even heard of Mrs. Wages. So he described the package to me and I went looking for it.  (by the way I found that you can get various flavors of * Mrs Wages Pickling Mix from Amazon)

I gave the Mrs. Wages dill pickle mix a try using our own cucumbers. OMGosh y’all, finally SUCCESS!  That’s the only way I’ll make dill pickles from now on. 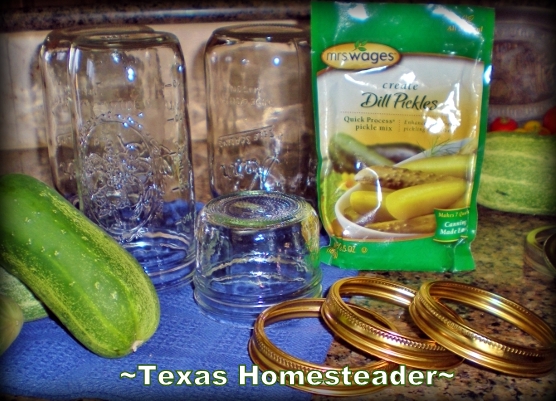 How To Prepare Cucumbers For Pickling

So now that I have a supply of cucumbers to pickle from my friend’s garden, I washed & dried the cucumbers and cut about 1/4″ off each end. (I’ve read that if you don’t cut off the bloom end it can lead to soft pickles.)

I didn’t know what variety of cucumbers these were since they were gifts. So they may or may not have been actual pickling cucumbers.

When To Harvest Cucumbers For Pickling

Some of my friend’s cucumbers were harvested a bit large for pickling. If you’ll be making pickles with your cucumbers you usually want to pick them when they’re still slender and the skin is dark green & bumpy. 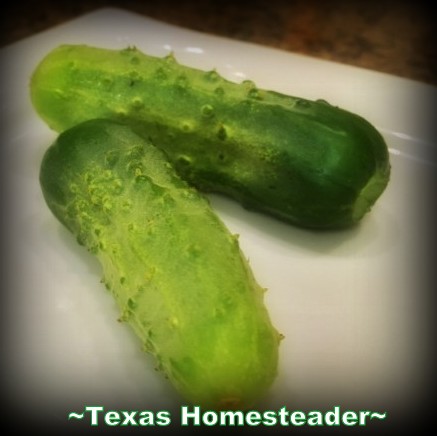 A large, pale green or yellow cucumber with a smooth surface is usually a little too mature to result in a really great pickle.

Can You Use Large Mature Cucumbers For Pickling?

Cucumbers that have grown larger are not ideal for pickling. That’s because:

I tasted a slice off of each of those larger cucumbers to make sure they were not bitter. If they were still mild tasting I went ahead & used them for my pickles.

It was easy to peel them if the skins were tough or remove the seed section from each cut cucumber spear which had already formed larger seeds.

I washed & dried my jars and heated water for my canning lids. The flat disk of the 2-part canning lid was placed into the hot water to soften the rubber seal & then I went to work on the preparations.

Now the cucumbers were all cut up – some with the seed section cut out, some peeled, some just sliced into spears. I packed them snugly into my clean canning jars.

Then I mixed up the Mrs. Wages mix per the package directions and got the mixture boiling, stirring constantly.

I poured the hot mix into the jars packed with cucumber wedges, leaving about 1/2″ from the top of the jar. A rubber spatula was used to remove any trapped air bubbles between the cucumbers.

If needed, I topped off the liquid in the jar to maintain 1/2″ headspace between the top of the liquid and the rim of the jar.

I don’t like to process my pickles using a water-bath canner, as I’m concerned that may be one of the reasons my pickles were always soft before.

So I wiped the rim of each jar, screwed on the 2-part canning lid and turned the hot jars upside down on a clean kitchen towels.

This procedure typically seals the lid fine overnight, then I can store them in the fridge.

I MUST say here that I’m not recommending that you skip the canning process, I’m  just showing what I did with these cucumbers. I figure back in ‘the day’ they made pickles by soaking raw cucumbers in brine in big crocks in the cellar, so it must be the brine itself that preserves the cucumbers.  This time I decided not to put my cucumbers through the water-bath canning process. BUT you’ll need to read the USDA’s recommendations on safe canning and decide for yourself.

Anyway I let the dill pickles sit in the brine for about 3 weeks to allow the pickling process to continue. The resulting dill pickles were delicious!

Although they were tasty, since they apparently weren’t pickling cucumbers they were still softer than we like for snacking. But I still put them to good use.

They are great chopped into sandwich spreads like our homemade Egg Salad or even deviled eggs. 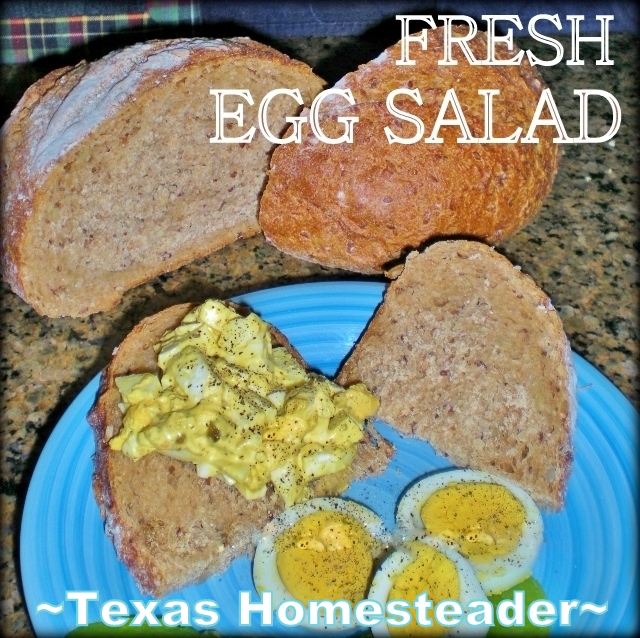 UPDATE:  In subsequent years I planted heirloom pickler cucumbers and I use them with this Mrs. Wages mix. They always turn out GREAT!

There are several tips I’ve read over the years to make help you make crisp homemade pickles: 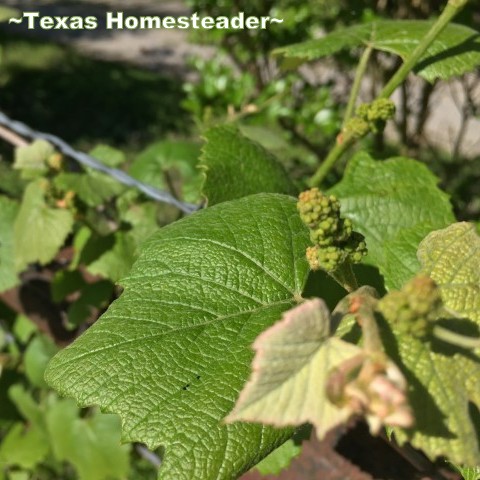 Now I don’t know if using a fresh grape leaf is an old wives’ tale or not. But using all the tips above to make homemade pickles crisp have always been successful for me.

So if you’d like to make your own homemade pickles, give Ms. Wages mix a try for your brine. Homemade pickles really couldn’t be simpler!