About four weeks ago we took the plunge and bought six baby chicks. We’ve never raised chickens before so this is a brand new endeavor for us. We were told when we purchased them that they were only a day old or so. Awwww…. Here’s their baby picture. Weren’t they cute and fuzzy? 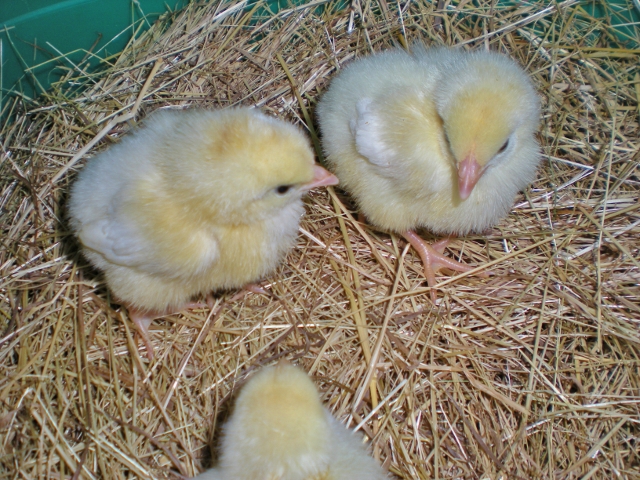 The fuzzy yellow babies are called “Ideal 236” hybrid chicks. We were told they grow up white and that they’re known for their large white eggs. They still have some yellow baby fuzz on their heads but their feathers are coming in white. Although some chicks are larger than the others they are all growing well and they seem healthy.

We also bought three “Black Minorca” chicks. At four weeks they are substantially larger than the white ones – we were told the Minorcas were a larger breed and they were right! As I had previously researched they are striking with their red/black combination.

When we brought them home we kept the baby chicks in a large bucket under a heat lamp to keep them warm. As they grew larger we moved them into a purchased coop that we’re temporarily keeping in the garage to keep them safe until they’re a little older. Of course they loved their new digs and all that two-story space!

Our plan is to eventually move this portable coop outside yet keep it close to the house while they are still young. We’ll use the coop as our mobile chicken tractor – moving the chickens to fresh grass each morning.

enclosure.  A photo of ours is below. 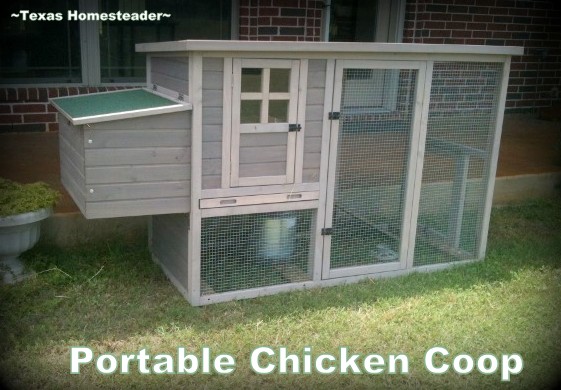 Anyhoo, today was a warm sunny day with no wind so we wanted to allow our little chickies their very first outside play-date. We borrowed a small portable dog kennel and set it up in the back yard, placing wire fencing over the top just in case these babies took flight. Then one by one we placed them in the enclosure – they loved it!

We stayed out there with them just to keep an eye on things. They got to be outside for quite a while before we had to bring them back inside for the evening. Our hope is that we’ll get many more non-windy days to allow them to be safely enclosed but outside so they can play chicken for awhile.

The chicks will enjoy the kennel pen on a temporary basis, then while they’re still young we’ll move the chicken tractor outside and they’ll be moved daily but stay safely enclosed. In the meantime we’ll be reinforcing our 1880 barn’s chicken coop and they’ll get to call it home when they’re grown. 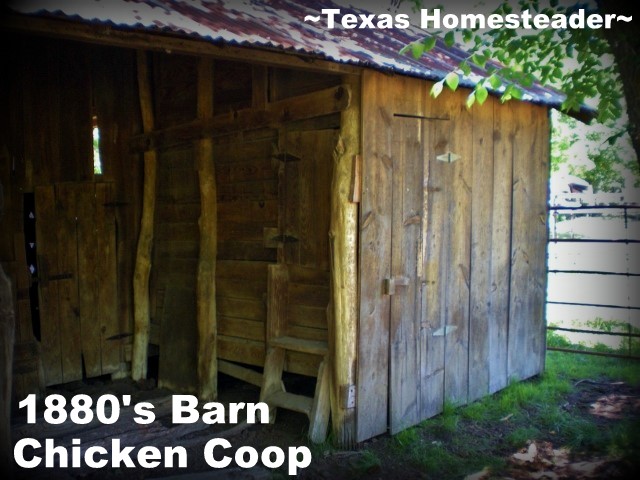 So far we’ve gotten lots of enjoyment out of these chickies. We still have lots to learn about raising chickens. There was only one that was banded as a female and we suspect two of the three black ones are males just based on their looks and behavior – we’re hoping the others are all hens. I wonder how old they have to be before you can tell?  Hummm…